The Moon Mission (Chandrayaan 2), What happens next? by Madhav Manoj Vachali 5L 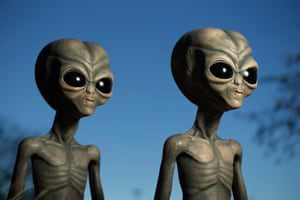 The Vikram lander had landed on the moon. Earth couldn’t communicate with it. But then came a rustling sound. Two aliens with big bold eyes jumped forward.

One was having a microscope with it. They were examining the lander. They found it amazing. The first alien said [in moonish language]” What in the seven planets is this!”. “Yeah Wagner[ the first alien’s name], even scrumboozers[ the most advanced aliens in the universe] didn’t have this”, said the second alien. “Hey Pivil[the second alien’s name],take that microscope and let’s examine it closely. “Hmmm, ISRO”, said Pivil examing this strange abbreviation.”ISRO might stand for `International Sight Rock Orbit’ maybe”, exclaimed Wagner. “Wait it’s also written India?”  Pivil. “What in the seven planets is that!” said Wagner.”I have an idea, let’s take it to the MRO[ Moonish research Organisation]”, said Pivil. The aliens took the lander to a large building that looked more like a ship. It had the word `MRO’ written in big, bold and shiny letters carved into it. There was an automatic door. It opened with a slight screech. The head scientist saw them. He was a shabby looking alien with a short beard along the edges of his face.

He was very curious to know why in the seven planets have Pivil and Wagner come to MRO. “We have something. Something for yooou!” both Wagner and Pivil chorused. “Ok what is that you have there?” asked the head scientist grabbing the lander and taking it to the lab. In the lab, the scientists were confused what the term `ISRO’ means. Then Pivil had an idea.”Let’s check which planet is trying to communicate with this thing by connecting it to the yectumtransalator[ a special device made by the scrumboozers]. All the aliens there agreed to him. They invited all the news channels and  media personell to attend this auspicious event. The most famous moonish news media `The Fillers’ were there too to capture this amazing moment. “Ok everyone, here we have a thing, now we’re going to find which planet it came from!” roared the head scientist. Pivil took a long rod to secure the lander. Wagner took a drill and opened the control hatch. The head scientist pulled two wires out of the yectumtransalator and pushed it into the opened hatch. There was a faint buzzing noise from the yectumtransalator. Soon the faint buzzing sound turned to loud screech. A few electric sparks shot out of the lander and the screen of the yectumtransalator got filled with numbers.” Yes, the yectumtransalator has found the planet, now it only needs to translate the binary code!” cried the head scientist. Then came the name written in bold letters – ……EARTH……