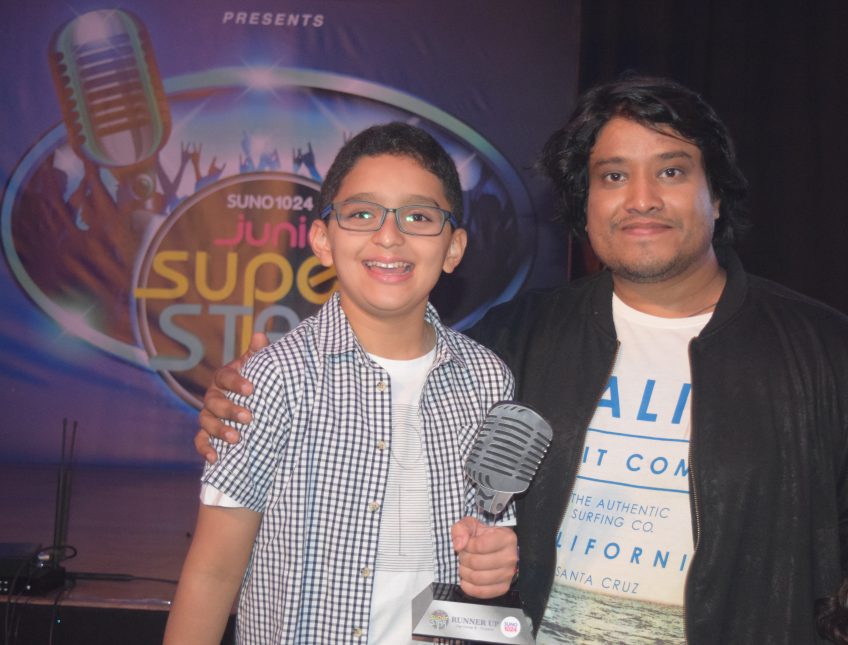 I waited with bated breath, when the winner’s names were being announced on the stage at the Grand Finale of the music reality show ‘Suno1024 Junior Superstar’ held on 11th May 2018 in Dubai at GIIS Campus (Al Barsha). And then, my name was announced as the Runner up in the category of 6 to 10 years old kids!!! I ran to the stage with joy and excitement, to receive my trophy amidst the loud applause of the gathered audience.

Thousands of kids from all over UAE had auditioned for this prestigious competition held by the popular UAE Radio channel SUNO1024 FM.

There were multiple rounds of auditions, wherein initially my parents had to send an audio clip of my song to the organizers. In the next round of auditions which was held in the office of SUNO1024, 22 kids were shortlisted. For the semifinals, I had to go to Suno1024 studio, where a Hindi song of mine was recorded and was published on social media and on radio as well. Judges then shortlisted the top 10 finalists, including me for the finals. From then, I had a week’s time to practice for the Grand Finale. I am the only boy who made it to the finals!!

In the spectacular Grand finale, I performed in front of eminent judges like Bollywood singer Divya Kumar, UAE celebrity judges Mitun De Sarkar, Jogiraj Sikidar and Nishita Charles. There were 2 rounds of singing and I was very happy that my songs received rave reviews from all the judges. Even people in the audience came to me with appreciation and hugs too!!